Get ready for your CELPIP Exam 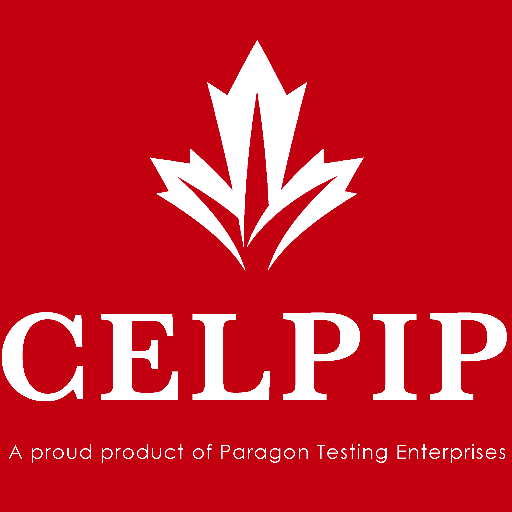 As I have stated before, in Canada there are only two official English tests that the government will recognize; CELPIP is one of those.

This was the third time I took the CELPIP exam. The first one I failed (I missed 2 points for the minimum, I didn't know at that time that if you were less than 5 points below, you could ask for a special review), the second one got expired (I got enough points, but results only have 1 year of official validity), and now third time (with enough points, and hopefully, enough time before it expires again). I will write about my experience of doing the exam.

About the Payment and Registration

The good news is that CELPIP now accepts PayPal as another payment method. This is new, in 2015, they were only accepting credit cards (not even visa debit). This makes life easier as if you don't have a credit card, you just sign up for a free PayPal account and top it up using your debit card.

The website to register is https://www.celpiptest.ca/. Before signing up, I had to be ready with an official identification such as your passport. The registration process is easy, just too many questions about myself, why am I going to take the exam, and how often I use English. At the very end, I was forwarded to select a payment method.

After paying, I got an email with some directions. There was one mail that was very important; that email had a unique PIN. I printed that email and brought it.

On the exam day, I only needed the same piece of identification I said I would bring (when registering) and the printed email. Don't bring anything else, you will be asked to put your belongs in a bag.

You will recover your stuff when you finish your exam. At that time, I was carrying money; I was only allowed to keep a check on me (and they reviewed twice if that was only money).

If I needed to go to the washroom when taking the exam, it was like in jail! Someone would escort me and wait for me until I returned to my place.

That exam was 100% done on a computer. So, you must prepare yourself to be sat for at least 3 or 4 hours.

The exam started with the listening part. It consisted of several exercises about listening to others' conversation and answering questions about it. The questions were not written.

The second section was the reading part. One exercise was a journal, in which more than one expert will show its comments about it. I needed to select the correct assertion from a list. I also needed to fill the blanks of a letter answering that article. There was another exercise in which I needed to read a long report and then select what part of that article means a specific idea.

The third part was a written one. I had to write two long letters. One was formal, the other was more familiar. I remember one letter was about sending a complaint, another about giving my opinion.

When I finished my exam, I was escorted to the exit. My belongings were given back to me.

I got my test results in about 8 to 10 natural days. There was an email telling me I could log into the system to review. A hard copy of the result arrived later by postal mail, I got two copies.