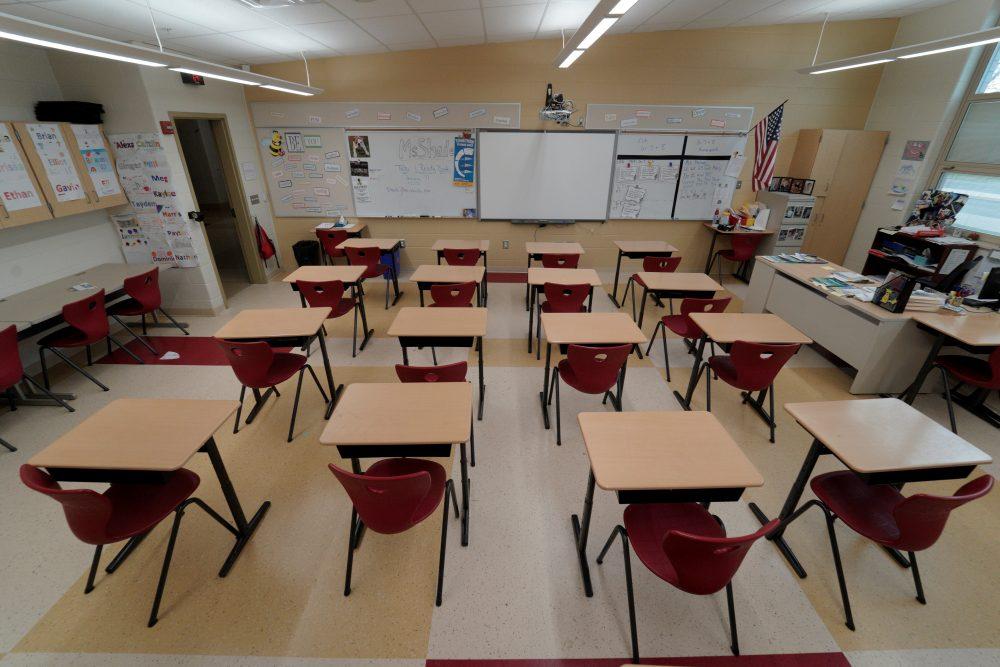 One of the best things about this country is education. The public education, which is free, it holds, in my opinion, a high standard.

The first thing that as a parent I had to understand is how the system works and how it is organized. School starts with kindergarten 1, 2 and 3 (also known as senior kindergarten). After that, there is the elementary school that goes from grades 1 to 6. After that, it follows the middle school which includes grades 7 and 8. From grades 9 to 12, it is known as high school.

The system is divided into public and catholic systems. To be registered in the catholic system, I had to show proof of baptism (myself or the new student). I showed mine without any translation. Each system is divided into French and English. The French one is aligned with Quebec schools (they have the same calendar) and of course, French is the first language in the school.

I did select the English option. When registering my children, I was given the option to put them in immersion and core. The immersion gives students 50% of subjects in French while the core just gives the basic French language class. Also, the high school diploma states the immersion, I was told that at some point it could make a difference.

Maybe an image as follows helps better to understand: 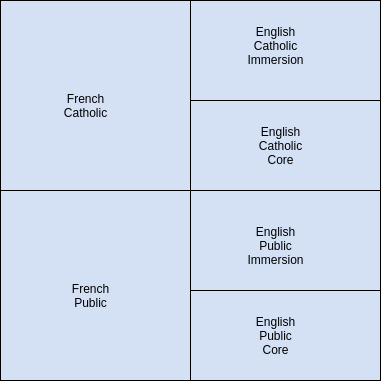 I can't tell you too much about the French system because I was not involved with it. I just know that the calendar (as I have said) is aligned with Quebec. In Quebec, vacations usually start one week before and they end one week before if you compare with the English system.

Registering and Attending to the School

When I went to the school board, I was at the beginning nervous about the so-called evaluation for the kids. The truth is, there is nothing to worry about. They were interviewed and then a grade was assigned according to their age.

As per the paperwork, all was done there. I remember I had to present proof of status. I presented my valid work permit and a proof of address. A school was assigned based on it.

They were at school the very next week. The school will give all the materials. At least, in the English Catholic system, nobody asked to bring any kind of educational supplies.

Kindergarten and Elementary public schools do not have uniforms. The uniform starts in middle school.

There is free transportation for students. I remember there is a policy that states that if the student lives within a radio, they should walk. I think it was about 1.5 km for elementary school students. The bus needs to be assigned, the kid can't just show off. Each driver has a list of who is supposed to get in and no adult (besides the driver) is allowed to be on the bus.

When dropping the kids, that is a different story. The bus just lets them go. It is supposed that the parents to be waiting at the bus stop otherwise the children could walk home from there.

All the schools have some kind of trip. Elementary schools will ask some parents (you can volunteer) to go to help teachers to watch the children. I must say it was a very rewarding experience. You just not know your teacher's kid, but you know friends and you have some quality time.

If you have the time to volunteer, I highly recommend you do this.