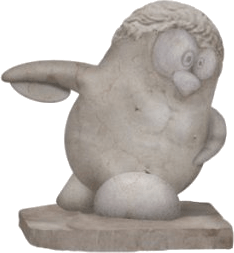 Before anything, thank you for reading this blog. I really hope my experiences help you when you want to move to Canada.

So, let's start. First, I will present myself and define my profile. I won't disclose any personal information or give away information unrelated to coming to Canada subjects.

A Little History About Myself

Computer Engineer by profession from the Arturo Rosenblueth Foundation and two master's degrees in Information Technology and Management (aka MBA with IT) and Telecommunications Administration from the Autonomous Technological Institute of Mexico and Télécom SudParis, certified as ITIL v2, CompTIA Linux+, CISSP, CISA, and CISM. However, my immersion into technology was at the early age of 13 years old. My following summary only speaks of my professional and technical career.

I started an awkward career in electronic engineering in the UNAM, which was cut by a strike in 2000. Later, I restarted the Computer Engineering career in the Fundación Arturo Rosenblueth.

I met Gonzalo Martínez, a 30-years older person than me, who gave me my first opportunity to work in Airports and Auxiliary Services as Information Security Chief while I was studying the last semesters of the university.

In 2005 I changed my day job to INFOTEC as Information Security consultant and I met Ricardo Hernandez, a friend since then. That was a good time, I got almost all the certifications I am currently holding. I became certified as a CISSP, CISA, CompTIA Linux and ITIL version 2.

In 2006, I was able to get my degree as a Computer Engineer. I then created OKay, my own business as a second alternative to an income.

In 2007, I change my day job again and I moved to INSYS S.A. de C.V. and in that stay, I got certified as CISM. At this point, I decided that the bachelor was not enough to achieve my goals (get out of Mexico) and started a master's degree in the ITAM.

Because of my work, I used to post a lot in the mailing lists; at some point between 2007 and 2009 (I can't remember), I got contacted by a Canadian asking me for some IT services. Nothing happened in the first interaction. Some weeks later, I got contacted by him again. After some months of working, we agreed I will move to Canada.

In 2009, I finished my master's degree with the second-degree option (along with a trip to France for two months).

On November 2nd, 2012, along with my wife, children, and dog, I left Mexico and we settled in Ottawa, Ontario, Canada. Under the leadership of Jonathan Sowah as my boss. He supported my dream of going to a better place for my family. Since those days, I'm in the phone industry, to be precise, doing Voice over IP (VoIP).

On May 27th, 2014 I left AstraQom, I must say I expected a better deal (August 2014) I did not receive communication from the company to give me legal papers required by law nor the payment of my 3 last week I worked with them. I know at least two other ex-employees who did not get their last payment. After some months of calling and calling, AstraQom sent me my paperwork, but not the payment. (December 2016 March 2018).

I took with calm the job hunting, and it is funny the way things are. I met Marc Laporte. After some discussion, he decided to employ me. On August 16th, 2016, I moved to Montreal and, I joined his company Avantech (later rebranded as EvoluData) because of my VoIP knowledge and his desire to add some support by linking FusionPBX with WikiSuite. The truth is, things did not go well. He started to request reports of all my daily activities minute per minute. I ended up doing more things but nothing related to VoIP. He was not tolerant of my mistakes. To be fair, I must say I never had a late payment and when there was an issue, I was able to work from home.

On May 27th, 2015 I left Avantech. It was a feelings mix-up. I was worried because I got no job, but I was relieved because I stopped doing something I did not like anymore.

In August 2016, I moved back to Ottawa. Still unemployed I started knocking doors until I found someone who decided to help me, his name is Adrien Alexon.

In November 2016, I joined Alexon Solutions lines as an IT Consultant. Not too much to say here, it was an awesome experience and 95% of my work was VoIP related. I want to say thank you for this support.

Because of our agreement, I left Alexon Solutions in November 2017. Why? Easy, I got my Canadian permanent residency. Being a Canadian residence opens many doors and opportunities. So, from this point, returning back as an employee is not an option for me; there is no better satisfaction of working for yourself.

In December 2017, I opened OKay it was registered as a sole proprietorship business.

In March 2019, I move from sole proprietorship to an incorporation.